For the team “health is wealth”, meaning users can expect to use the app to complete fitness goals, unlock benefits, earn and spend rewards using their Damex debit card.
Over 10,000 people have registered for their new app, which is currently being developed at a cost of £250,000 raised from the business’s earnings.

From the over 10,000 registered, 30% are locally based, and the rest from UK, Europe and elsewhere. They aim to enter the US and Latin American markets in 2022. In three years, a small team of friends in a shoebox office has turned into a thriving business with 20 employees – two of which are in the US.
Digital Asset Management (DAM) was fledging business in a relatively new market and was one of the first granted the Distributed Ledger Technology licence in Gibraltar.
When CEO Sam Buxton and COO Thomas Johnson left their stable income jobs peers were concerned if a crypto business could hold water.
Soon they were joined by Jeremy King, who started as an intern and as the business grew became a co-founder and Head of Partnerships.
After a tough climb for the first three years, a rebrand saw business boom.
“We made the right gamble,” Mr Buxton said.
Sat on a leather sofa in their new office with a team of employees working away, Mr Buxton told the Chronicle the business has grown substantially in recent months.
“We’ve grown by a multiple of 10 times in the last 10 months,” Mr Buxton said.
Mr Johnson added they’ve been able to do so by reinvest- ing money into the business.
DAM rebranded last year, moving away from the image of being a crypto broker and custodian.
“It gave us a very traditional old school feel,” Mr Buxton said.
“[Working as] wealth managers for crypto portfolios, we grinded that out for quite a while for very little reward so we pivoted. The infrastructure is still the same, but you’d be surprised at what the messaging can do.”
“So we rebranded and focused on being a crypto payments company. Where we are helping online gaming companies and payments companies with their crypto payments facilities.”
“There’s people sending cryptocurrencies all around the world for payments and we’re helping them covert that cryptocurrency into fiat.”
“Once we narrowed down on that we built a whole team. The entire team is focused all around that. Helping gaming companies and other larger companies with payments.”
“That’s what we’ve scaled up in the last eight months.”
They aim on increasing business by 10 times again this year. They’re recently hired three new sales staff with a total of five staff joining in April. Mr Buxton is aware of the need to be cautious, but said the gamble to join the world of cryptocurrency when it first boomed was the right move.
Their newest venture is a payments app and card, which DAM first started working on in 2018 but shelved the idea.
“We put it away because it was quite an expensive thing to build,” Mr Buxton said.
“Then the whole steps in lockdown inspired by just wanting people to get out and move and give back to the community and that’s where the idea of combining with banking came to mind.”
The name Damex stands for DAM exercise and their app and card when released, will be similar to other pre-paid card systems.
Think Revolut. Add a cryptocurrency focus, then add health challenges and that’s Damex.
Same exchanges between fiat currencies, but the chance to unlock perks and earn crypto.
“For us it would be a success if we challenged Revolut and competed with them in any of their payment services,” Mr Buxton said.
“We’re going to have a card
just like Revolut, we’re going to be able to buy euros just like Revolut and use your card in Spain.”
“Revolut have had amazing success and their user interface is so smooth. It is going to be challenging.”
“But our goal isn’t to compete with Revolut in the long run. Our goal isn’t to have 20 million users and a 10 billion-dollar company in the next few years like Revolut.”
“We’re more locally focused, unlike Revolut they don’t have a presence here, we do.”
“We want to connect with our local community like other companies don’t. If we can reward them with cryptocurrency, it would be Bitcoin and Ethereum to start and then potentially others, maybe even our own cryptocurrency.”
Mr Johnson explained Damex’s edge will be health, with the plan being users could eventually integrate their health or life insurance on the app.
The idea being the app will prove a healthy lifestyle, enticing insurance companies to offer better rates.
“It just makes absolute sense for your health insurance to be cheaper if you’re healthier,” Mr Buxton said.
He added: “In three years, mark my words, there will be 20 banking applications tracking exercise. It’s a no-brainer.
It’s lifestyle banking.”
They also plan to roll out offers or incentives for people to complete health challenges.
This data would be collected via existing systems on mobile devices.
“We’re not asking for anything new, we’re just asking for permission from what’s already collected [from smart- phones],” Mr Buxton said.
But for now, Damex will be an app and card with health challenges until the further plans come to fruition.
The beta version of Damex will be released later this year. Registration is currently open via the Damex website.

DAM and Coinfirm Partner to Combat Financial Crime on the Blockchain 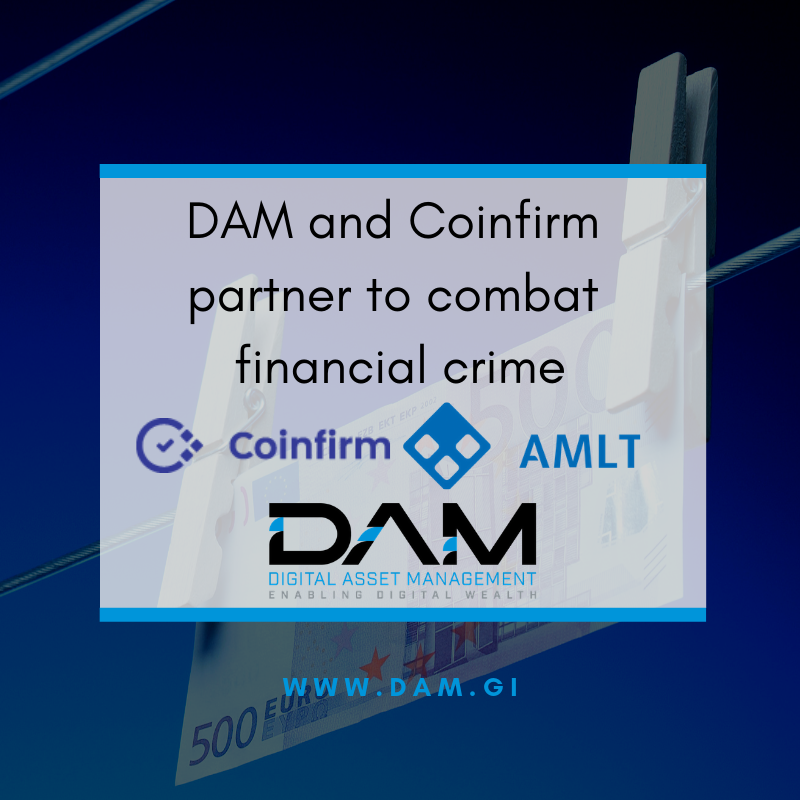 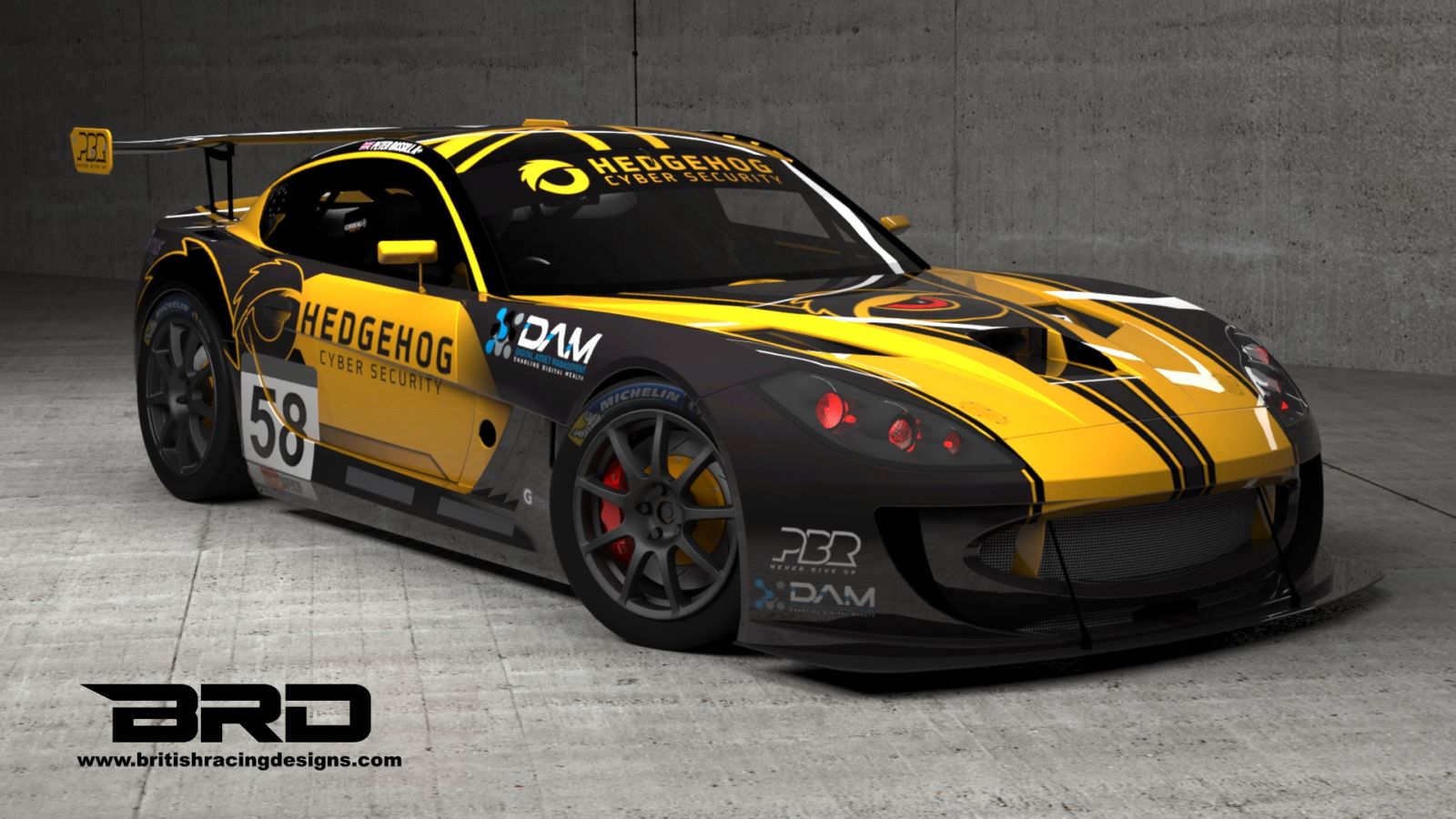